Ensuring the survival of sea otters in their habitats.

Of course, we all know sea otters are cute; and who hasn’t enjoyed the many online videos of their playful antics frolicking on the ocean waves, cracking open a clam with the help of a rock, or simply taking a much-deserved rest tied off in some kelp? But did you know that they play a vital role in the health of our oceans and, ultimately, the earth? 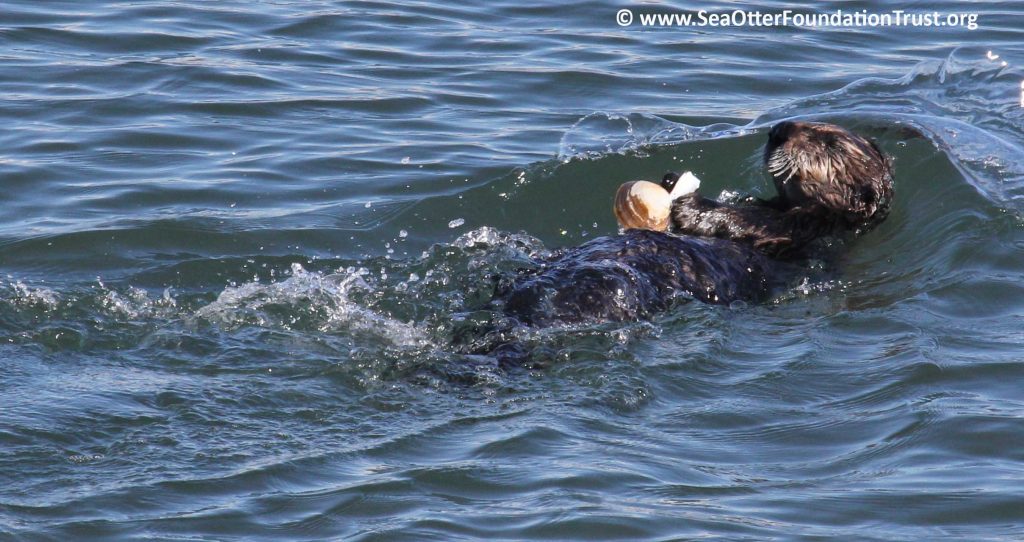 Sea otters are a keystone species for their kelp forest home helping to control sea urchin populations so that the kelp forest can thrive.

Specifically, sea otters play a keystone role in their nearshore Pacific coastal habitats within California, Washington, Alaska, British Columbia, Canada, and Russia. A keystone species is defined as a species whose presence and role within an ecosystem has a disproportionate effect on other organisms within the system….a dominant predator whose removal allows a prey population to explode and often decreases overall diversity of the ecosystem. As keystone species, sea otters provide a balance to the kelp forests and estuaries where they reside; without sea otters, sea urchin populations go unchecked and create what scientists call urchin barrens. As a primary predator of sea urchins, sea otters keep the sea urchin population numbers under control, allowing the kelp forests to flourish. Kelp forests, in turn, provide habitat to a variety of plants and animals, which ultimately can have a positive impact on global climate change.

In addition to their role as keystone species, sea otters are considered an indicator species providing early warning signs of possible sites of pollution in the ocean, and thereby, potential hazards in our own food sources. 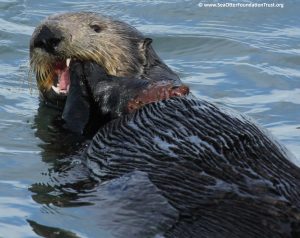 Sea otters feed on animals like clams, mussels and other bivalves. Like sea otters, we find these ocean delicacies quite tasty as well. Bivalves are filter feeders that are nourished by food items like phytoplankton, zooplankton and detritus. Because pollution particles can remain and build up within clams and mussels, by eating these bivalves, sea otters can inadvertently be exposed to the same pollution. Being aware of these detrimental consequences for sea otters can provide an early indication of pollution levels reducing the long-term effects on the health of our oceans for ourselves as well as future generations of sea otters.